Manhattan Gold & Silver is an industry leader in precious metal pricing and refining with more than 30 years of experience. During our time in the business, we’ve found the topic of precious metals to be a vast and interesting one. Here on our precious metals blog, we write in-depth posts about the science of precious metal refining, historical and modern uses for precious metals, market news, and much more. Subscribe to our RSS feed to stay current, and discuss the latest posts on our Facebook page.

The History of the Gold American Buffalo Coin

The Gold American Buffalo Coin, one of the most popular products produced by the U.S. Mint, has only been around since 2006. But that doesn’t mean the nation's first-ever 24-karat gold coin doesn’t have a rich history.

The Gold America Buffalo Coin was introduced under the Presidential $1 Coin Act of 2005. The goal of the act was “to revitalize the design of United States coins and return circulating coinage to its position as an object of aesthetic beauty in its own right.” 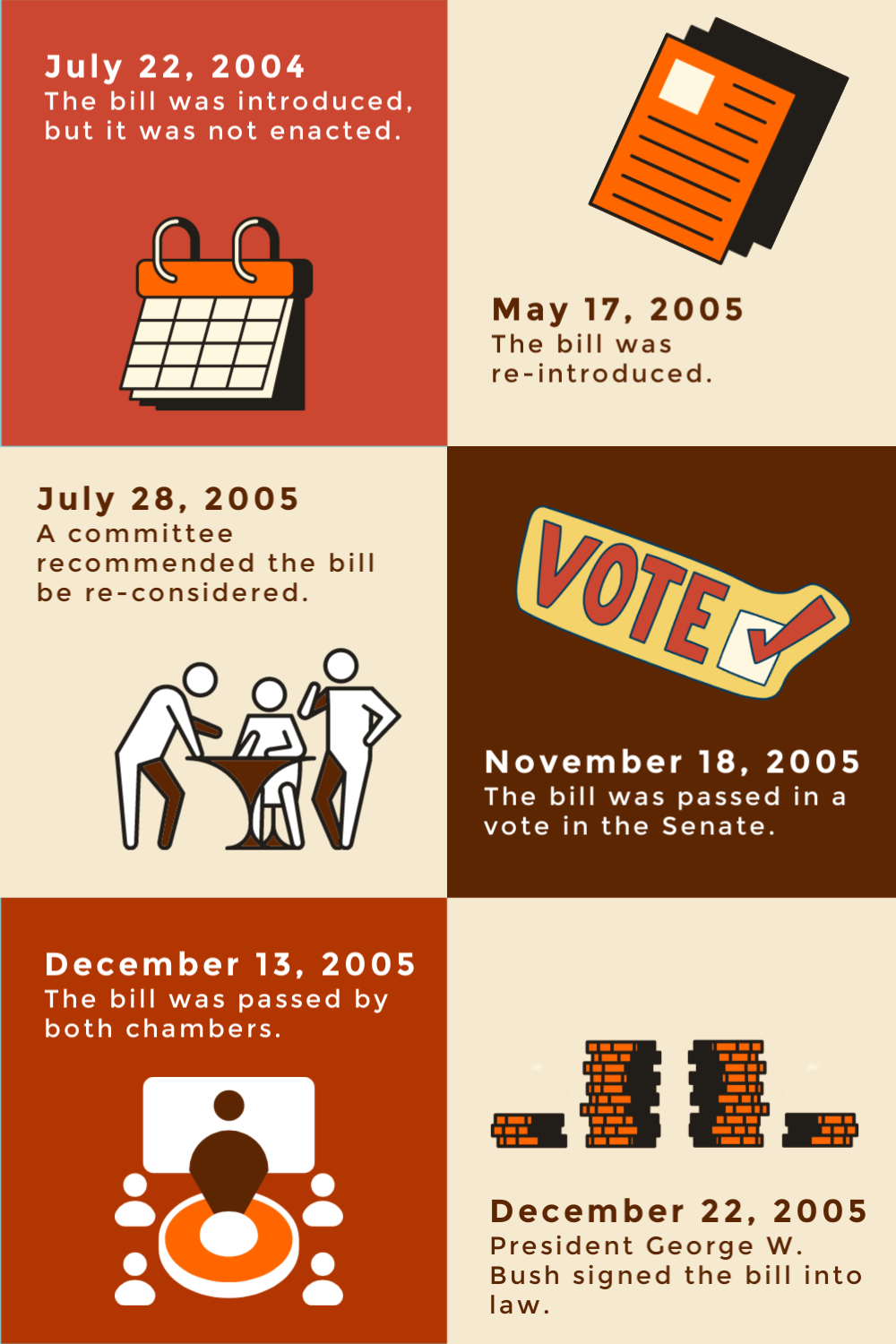 The coin was created to specifically compete with 24-karat gold coins that were dominating the foreign bullion market. Before its issue in 2006, the only option for collectors and investors had been the Gold American Eagle, which is only 91.67% gold.

The American Buffalo was an immediate hit, causing its value to skyrocket in a very short period of time. In fact, the coin is still in high demand every year it is minted.

The Gold American Buffalo Coin was based on the Buffalo nickel, a copper-nickel five-cent piece that was struck and issued by the Mint from 1913 to 1938. It was designed by sculptor James Earle Fraser, whose most famous works include End of the Trail sculpture and the Buffalo nickel.

The front of the coin features the profile of a Native American man. It also includes the inscription of the year minted, and the word “LIBERTY.” The Native American on the coin is not a known person, but is described instead as having been inspired by several different Native American figures.

The reverse side, meanwhile, features a buffalo standing on a mound with its head and tail “pressing” against the edges of the coin. According to the U.S. Mint, the Buffalo is recalling the “pioneering spirit of the Nation's westward expansion.”

Fraser claimed that the bison on the coin was actually an American bison from the Bronx Zoo named Black Diamond. His account, however, has been disputed. For one, Black Diamond was housed at the Central Park Zoo at the time. Some experts also point out that the placement of Black Diamond's horns differed from the ones on the bison featured on the coin.

How do pawnbrokers work? Most people have a vague idea: you bring in something of value and a pawnbroker offers you a loan in exchange. The pawnbroker then keeps your item until you repay the loan—with finance fees.

But before you consider paying off a debt with antiques recovered from your attic, it’s important to understand how pawnshop transactions work.

While the concept is simple, there are still plenty of misconceptions about the industry. Let’s demystify it.

Pawnbrokers are small businesses that accept items as collateral for short term loans for anyone who is unable to secure one through a bank or traditional lender. They are licensed on national, state and local levels.

Once specifics are agreed upon, a pawn ticket is issued with the terms of the loan, including fees, expiration date and the item’s description.

If the loan amount is repaid in full--including fees--before the deadline, the item is returned. If the loan is not repaid on time, however, the pawnshop keeps the items. Unlike traditional loans, there are no repercussions for an unpaid load—besides the loss of items. The loan doesn’t go into collection or impact credit reports.

According to the National Pawnbrokers Association, about 80 percent of all customers reclaim their items.

While pawn shops do sell items that have been forfeited by borrowers, loans offer much higher profitability because of the fees they generate. While interest rates vary state-to-state, pawnshops can charge up to an additional 20 percent a month for service fees.

Before a pawn shop buys an item, they will first research what similar items are selling for on the second-hand marketplace. According to Pawn Nerd, they typically offer borrowers about 40 to 60 percent of the item’s current used resale value. That 60 to 40 percent markup will be the pawnbroker’s profit if the item is forfeited.

While the cost of taking out a pawnshop loan may seem steep, consider the pros:

The downside of pawning is the amount borrowed can’t exceed the percentage of the item’s value. If, for example, you have some jewelry worth $500, you might only be able to borrow $250.

What Do Pawnbrokers Do with Scrap Metal?

Pawnshops would much rather borrowers pay back their loans than forfeit items. After all, a forfeited item can’t be pawned again, and that repeat business is lost for good. And the profits generated by loans far outweigh the profits from selling items.

But that doesn’t mean it doesn’t happen. What do pawnbrokers do with accumulated scrap metal from unclaimed jewelry, for example? Most pawnshops just sell their scrap metal to refiners.

Manhattan Gold & Silver services industries that use gold, silver, platinum or palladium through the course of their own business, including pawnbrokers. After melting, processing and testing, the precious metal can be converted to into bars, casting grain or a quick payout.

According to the NPA, nearly 30 million Americans routinely rely on pawnshop loans. They are cheaper than payday or title loans and ideal for anyone who need cash fast without impacting their credit.

Palladium has been grabbing headlines as of late, being hailed by some as the most precious of the metals. What makes it so valuable?

Jewelry experts think of palladium as an alternative to gold or platinum. Its uses, however, are far more diverse. The most common industrial use for palladium is in catalytic converters for cars. Catalytic converters contain catalysts that convert toxic substances in engine exhaust into inert or less toxic substances. This, in turn, produces a cleaner exhaust that conforms to EPA standards.

You can see why palladium’s catalytic properties make it so invaluable to the automotive industry. According to a report from the New York Times, more than 80 percent of palladium is used for catalytic converters.

But that’s not the only thing that makes this metal so valuable.

Palladium is a silvery-white metal that is mined in parts of Russia, South Africa, Canada and the United States. Its extraction is actually an offshoot of the production of other metals, like platinum or nickel.

Palladium is one of six elements in the platinum group metals (PGMs), along with platinum, rhodium, ruthenium, osmium and iridium. These PGMs are valued for their catalytic properties, or being able to speed up chemical reactions.

According to U.S. Geological Survey, most PMGs are found in ore deposits formed by the cooling of magma. All six PMGs combined make up only 0.0005 parts per million of Earth's crust.

We already know about palladium’s excellent catalytic properties. But what are some of the transitional metal’s other characteristics?

It’s bendy. Like gold, palladium is malleable and ductile and can be beaten into a thin leaf.

It’s super absorbent. Palladium can absorb up to 900 times its own volume of hydrogen. Because of this ability, palladium is used to store and filter hydrogen.

While the majority of palladium ends up in cars' exhaust systems, it is also used in jewelry, electronics and dentistry.

Because of its naturally white color, palladium is often used as an alternative to platinum for making white gold jewelry. It's also much lighter than platinum, and more malleable, like gold, and won’t cause allergic reactions.

Palladium has been used in the dental industry since the late 1970s. Palladium is tarnish and corrosion resistant, which makes it suitable for dental crown and bridge alloys. Palladium is even used in certain kinds of dental amalgams to increase durability and improve the luster of the restoration work.

The increasing demand for palladium has made it one of the most valuable of the four major precious metals: gold, silver and platinum. That's because the amount of palladium produced is expected to fall short of demand in 2019--for an eighth year in a row.

Create Your Own Palladium Chart

Our monthly palladium price chart is updated twice daily with prices based on market fixings published by the London Platinum and Palladium Market (LPPM). Use our palladium chart to see current and historical palladium prices or to create your own chart.

Get an instant payout quote for your precious metals, then choose from 2 ways to sell.

Download our precious metals prices app and take advantage of a suite of unique tools, including historical charts, price alerts and more!