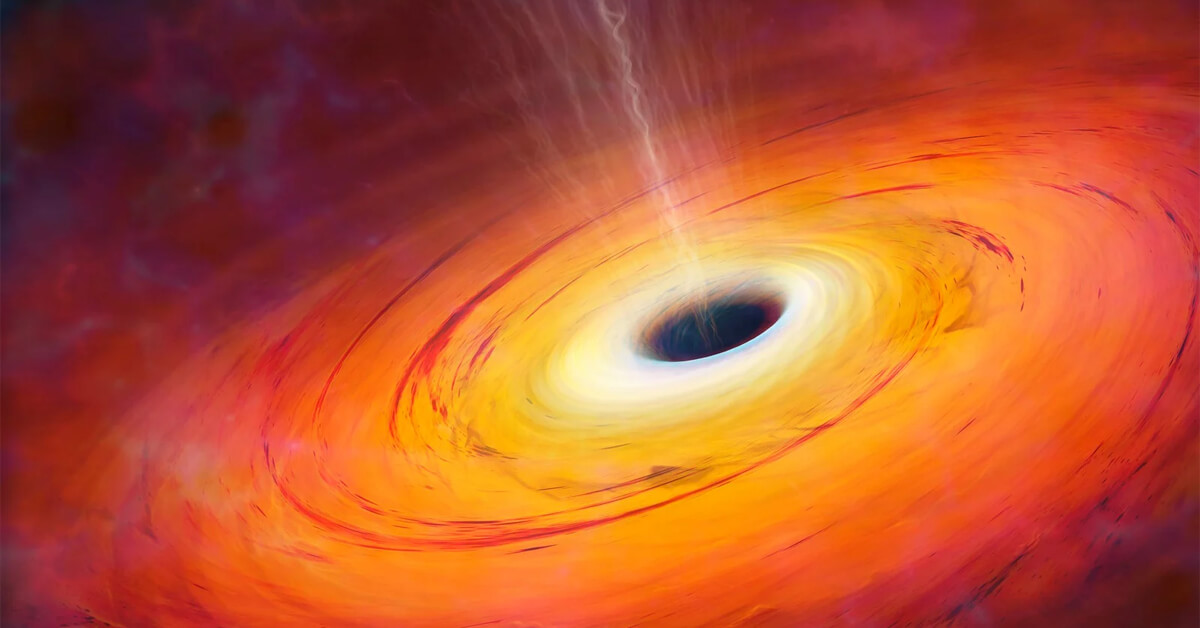 If your alchemy pursuits haven’t been working out, you might consider hanging out around black holes instead. That’s right: Scientists now believe that black holes can create heavy elements—including precious metals like gold—meaning there’s a potential new source of gold in space.

According to research published earlier this year in the Monthly Notices of the Royal Astronomical Society, black holes might have other really cool powers besides bending time and space. They also apparently have optimal energy conditions for creating heavy elements.

The gold could form in what’s known as “accretion disks.” These are basically bands of matter that rapidly revolve around black holes before being sucked in. When astronomers in Germany and Japan ran computer simulations of black holes with large accretion disks, they found that gold and other heavy elements were frequently synthesized.

Until now, scientists have only known the creation of elements like gold and silver to occur in space (theoretically or observed) when stars explode and during other similarly extreme astrophysical events. And even that’s a pretty new confirmed concept; it was only in 2017 when scientists first identified the creation of gold in space, finding it in the remnants after two neutron stars collided.

Scientists are concluding that there’s probably a significant amount of gold in space, and that it may be formed in cosmic ways we haven’t even imagined yet.

Have Gold Here on Earth?

While the prospect of gold in space is exciting, it’s of little practical value right now. But if you have gold scrap or gold items in your possession here on Earth, it has considerable value you can cash in on right away. We offer quick assaying and immediate payments based on the current London market price fixing for precious metals. Learn more about selling us your lot and turn your gold into cash today.