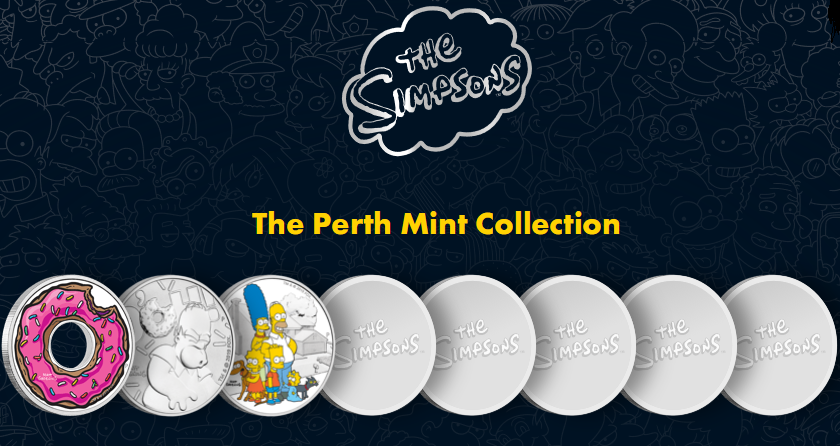 During the 47th World Money Fair in Berlin, Germany, The Perth Mint of Australia unveiled a new series of silver bullion coins based on The Simpsons animated television show. Officially licensed by 20th Century Fox, each coin in the series is struck from 99.99% pure silver. The reverse side of the coins depict iconic characters and motif’s from the show, while the obverse side features the standard design elements found on the Gold Kangaroo, and several of Australia’s other bullion coins: the likeness of the Her Majesty Queen Elizabeth II, the 2019 year-date, and the coin’s weight, fineness, and monetary denomination.

Currently, only the first 3 coins in the series are available in limited quantities:

“Homer Simpson” 1oz Silver Coin
No more than 25,000 of these coins will be released. Just 1,000 coins are available in Australia, while the remaining 24,000 are available worldwide through international dealers. The reverse side features Homer in his classic “D’oh!” pose. But, if the price of silver continues trending upward, lucky owners will be shouting a triumphant “Woo-hoo!” as the coins increase in value.

“Donut” 1oz Silver Coin
No more than 3,000 of these coins will be released worldwide. The reverse side features a colorized design of Homer’s favorite flavor donut – pink frosting with sprinkles. For a true donut-shape, the center of the coin is stamped out.

“The Simpson Family” 2oz Silver Coin
No more than 2,000 of these coins will be released worldwide. The reverse is embossed with an image of the Simpsons’ household, with the entire Simpsons family posing together in color.

If you’re a Simpsons fan AND a numismatist, these coins will add a fun twist to your collection or hard-asset portfolio. But if you want to collect them all, you’ll need to move fast. The release schedule for the rest of the coins in the series is as follows: 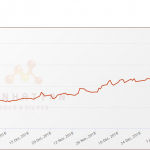 What's up with Palladium Prices these Days 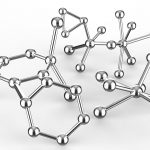 Tech Innovations Made Possible with Silver in 2018