What the Threat to the Dollar Means for Gold

In a recent note, Marko Kolanovic, head of macro quantitative and derivatives strategy and senior analyst at JP Morgan, reiterated that the unmatched performance of U.S. equities versus the rest of the world is over.

“Markets are likely sensing that the tide may be turning in the trade war” he wrote in his note, and “the tables are turning as a stronger USD, higher yields, and trade tariffs start impacting U.S. profit growth, and YoY earnings comparisons soften.”

Only time will tell how the dollar’s strength will be impacted.

But, historically speaking, every currency’s global rule has ended at some point. And there’s nothing that indicates that the U.S. dollar will be an exception.

As current U.S. administration policies, trade wars, and sanctions increasingly impact allies and adversaries, it remains to be seen whether the rest of the world will diversify away from the U.S. dollar.

How can investors hedge against that risk?

Kolanovic said that shifting to non-U.S. assets, such as RoW stocks and bonds, is one option.

But his preferred trade method seems to be going long gold.

In these two examples (one being risk off, another risk on), going long gold was an effective strategy. 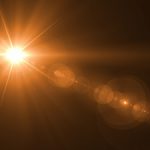 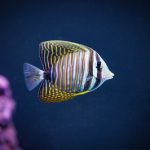 New Guidelines Identify Areas Where Deep-Sea Mining Should Be Prohibited