As long as there has been currency, there have been people trying to create counterfeit versions of it.

Throughout American history, many have tried to make a living from creating fake money, some with more success than others.

In Colonial America, we began to establish our own system of currency instead of using Great Britain’s system.

At the time, however, the country was broken up into different colonies — many of which had their own currency system.

This made it difficult for the currency — and the economy — to grow strong. When people traveled from one colony to the next, their money would be rendered useless.

The lack of a universal system also made it easy to forge money, further damaging an already weak economy.

However, inventor and diplomat Benjamin Franklin had a plan to help curtail counterfeit money.

In 1739, he printed money for Pennsylvania, New Jersey, and Delaware, deliberately misspelling Pennsylvania on the bills.

He believed that any counterfeiter would see the misspelling on the bills, think they were fakes, and correct the spelling on their versions.

Leveraging his ingenuity and print background (he owned a successful print business in Philadelphia), he also had lead casts made of leaves, which he used to print a foliage image on the back of the bills. Finely detailed copper was used to accentuate the leaves’ veins.

Today, counterfeit money is still a problem — especially when it comes to gold bullion.

Fortunately, there are a number of ways to spot a fake. If you’re not sure, it’s always best to have it assayed for authenticity. 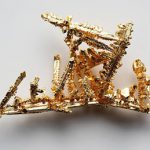 New Form of Gold Made in Lab 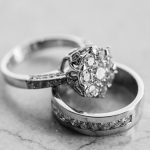 What is ‘White Gold’?