New Form of Gold Made in Lab

Gold is known for its rarity and beauty, with a brilliant shine that’s unmatched by any other mineral. However, researchers have recently produced a new kind of gold crystal that’s even shinier than the natural kind.

It’s not the first time that gold has been produced in a lab.

In 2012, Michigan State researchers figured out how to change the form of a toxic chemical compound into solid, 24-karat gold. They fed liquid gold to the bacteria Cupriavidus metallidurans. Then, after a week, it created a 24-karat nugget from the digested toxins.

In 2015, another team, led by the Centre for Nano and Soft Matter Sciences in Bangalore, India, experimented with creating gold.

During the study, the team put gold chloride in a furnace with cacophonous tetraoctylammonium bromide, turned it to 220°C (428°F), and left it there for 30 minutes.

These microcrystals became the basis of the new study, which was conducted by much of the same team. 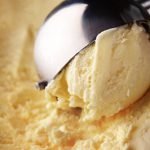 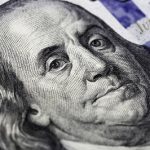