Early gold hallmarks were used to indicate the fineness of gold, as well as the assaying office that certified its purity. The term “hallmark” originated in 1327, when King Edward of England granted a charter to the “Worshipful Company of Goldsmiths,” which was headquartered at Goldsmiths’ Hall in London.

One of the earliest forms of consumer protection, gold hallmarks were a prerequisite for publicly sold goods in Middle Ages Europe. State-appointed assayers would examine precious metal goods and add their mark.

Today, each country has its own requirements and distinctive markings. In England, gold goods must be hallmarked in one of the four assay offices located in London, Birmingham, Sheffield, or Edinburgh. If the article weighs less than one gram, it is exempt from this step.

In the U.S., the rules are a little more lenient. A gold piece of jewelry’s karatage can be identified by independent signage nearby it — or even communicated verbally. It does not have to be marked on the item.

Other countries, such as Italy, India and China, do not require jewelry hallmarking. Gold manufacturers may apply their own marks to their products, as a testament of its origin and karatage. 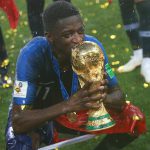 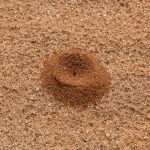