In the past month, 30 teams vied for their chance to play in the 2018 World Cup championship. But, in the end, France and Croatia remained, with France edging it out 4 to 2. It’s the second win for France, which also means it’s their second time holding the same trophy.

Since its design in 1974, the same trophy has been awarded to World Cup winners every four years. After the final game, the winning team gets its country name engraved onto the base.

Before the World Cup trophy, FIFA first awarded the Jules Rimet Cup, which was named for the tournament founder.   However, the original trophy hit a streak of bad luck — it was stolen twice. The first time, it was found, only to be stolen again in 1970. That resulted in FIFA commissioning a new trophy, which is the one you see World Cup winners hoisting up over their heads today, as they’re showered with confetti.

At 14.5 inches tall, 13.5 pounds, and made of 18-carat-gold, the World Cup trophy is one of the most valuable and iconic trophies in sports history. It’s reportedly worth roughly $180,000.

After every final match, an Italian company restores the trophy before it’s returned to FIFA for the next World Cup.   But don’t feel too bad that the winners have to give it back. They receive a gold-plated replica in its place. 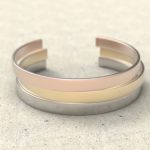 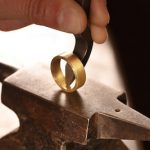