Gold is known for its malleability, conductivity and beauty. But it’s never been known as lightweight — until now.

Researchers at ETH Zurich have developed a new type of foam made of gold — and it’s almost as light as air. To create it, gold particles are crystalized during the production of aerogel protein.

The aerogel is nearly 1,000 times lighter than conventional gold alloys. It’s so light that a 20-carat nugget can float on top of a cappuccino’s milk foam.

Primarily made of three-dimensional mesh, the gold foam consists of 98 parts air and only two parts of solid material. Four-fifths of the solid material is gold and the remaining one-fifth is milk protein fibrils.

How will this new form of gold be used? It can be leveraged in many of the same ways as conventional gold. One application could be watch and jewelry design. Another could be chemical catalysis, aiding in chemical reactions that depend on the presence of gold. It could also be utilized in applications where light is reflected or absorbed.

Whatever the application, its lightweight properties, smaller material requirement and porous structure are sure to offer newfound advantages. 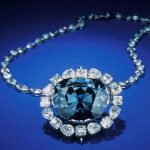 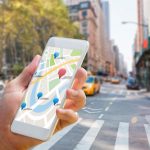