For the first time, scientists constructed near-perfect replicas of the Hope Diamond, using cubic zirconia. The replicas show how the Hope Diamond looked in its previous forms: when it was first purchased (likely from India), when it belonged to King Louis XIV, and when it became the infamous Hope Diamond we all know and love today.

Origin of the Hope Diamond

The story of the Hope Diamond began with French merchant traveller, Jean Baptiste Tavernier, who purchased the 112 3/16-carat diamond and sold it to King Louis XIV of France. The gemstone was triangular in shape, crudely cut, and was described by Tavernier as “un beau violet” (a beautiful violet).   As a result of handling over the years, the diamond became bluer and darker — and was also recut.

The replicas are the result of a collaborative effort by Smithsonian curator Jeffrey Post, professor François Farges of the Muséum National d’Histoire Naturelle in Paris, and gem-cutter John Hatleberg of New York.   Before creating the older versions of the Hope, Hatleberg created a replica of the diamond as we know it today.

The process began nearly 30 years ago, when Post took the Hope Diamond out of its pendant setting. He gave it to Hatleberg, who made a silicone mold and resin epoxy cast, cut cubic zirconia to match the cast, and brought the models to Minnesota for coloring.

This process wasn’t just done once. It was done over and over again — for years — until the color was just right and no one could tell the difference between the real diamond and the fake.

But there is one way to tell them apart, Post told the Smithsonian. In a dark room, under ultraviolet light, the Hope Diamond phosphoresces, creating an orange glow for roughly a minute. Post can then measure the light spectrum, which is unique to each diamond, like a fingerprint.

At press time, it is unknown when the new replicas will be available for viewing publicly. However, you can see the real Hope Diamond on display at the Smithsonian National Museum of Natural History in Washington, DC. 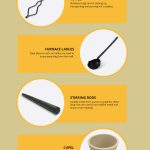 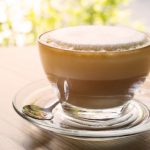