Why is Gold Valuable?

Gold has long been a symbol of wealth, nobility and extravagance. Its appeal is as old as time itself, with some of the earliest surviving gold artifacts dating back to the fourth millennium B.C., according to the Metropolitan Museum of Art. It has been used to adorn crowns, swords, sculptures, buildings, and — in recent years — even teeth.

But, aside from its scarcity, what makes this metal so precious?

We dug deeper to find out.

Gold is more malleable than any other metal. One ounce of gold can be drawn into 50 miles of thin gold wire, five millionths of a meter thick, according to the American Museum of Natural History. As a result, it can be used in many different applications. Roughly 78 percent of a year’s gold supply is made into jewelry. The electronic, medical and dental industries utilize about 12 percent of that same supply. And the remaining 10 percent is used in financial transactions.

There are 118 different chemical elements listed on the periodic table. Yet gold is the only one that made for an effective currency, used by ancient Romans, Egyptians and Indians, among others. Why gold? It has four attributes that no other element can tout: It’s not a gas, it’s not corrosive or reactive, it’s not radioactive, and it’s rare enough to be valuable.

Copper and silver are the best conductors. But gold connections can actually outlast both because they don’t tarnish. So it’s not necessarily that gold lasts longer, but that it remains conductive for a longer period of time.

Did you know that the visors on astronauts’ space helmets have a gold coating on them? The gold film is so thin (0.000002 inches) that it is partially transparent. It’s just enough to allow astronauts to see out, while reducing the sun’s glare and heat coming in.

There’s also a psychological allure to gold. The human eye can see millions of colors, but it can see trillions of chromatures (colored textures). Chromatures can elicit human emotion more purposefully than uniform color patches, as they provide more information to the viewer, Donald Hoffman, professor of cognitive science at University of California, Irvine, told CNN. It’s the difference between looking at a patch of a rabbit’s fur coat compared to looking at a patch of the same gray as a solid background. In the former example, the viewer immediately knows he or she is looking at a rabbit.

So why is gold valuable? It has inherent qualities that make it both fascinating and useful — historically, today and for the foreseeable future. 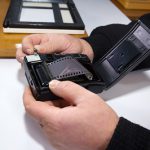 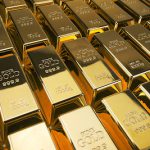