Precious metals are a critical resource in the healthcare industry. Silver’s anti-microbial properties have earned it several roles in medicine. Gold can be used for dental fillings, or converted into compounds for anti-inflammatory drugs. Platinum is no exception. Thanks to its electrical conductivity, corrosion and heat resistance, ductility, biocompatibility, and antineoplastic potential, platinum is one of the most useful materials in medical technology and pharmacology. In this post, we’ll look at a few examples of platinum’s applications in healthcare.

Catheters are important tools for removing bodily fluid, delivering medication to precise areas, and conducting minimally invasive surgery. Each type of catheter utilizes platinum in a different way. Electrophysiology catheters use platinum electrodes to measure the activity of cardiac muscles. Platinum guidewires are used to maneuver catheters to treatment sites. For surgery, doctors use radiographic imaging to see a catheter’s platinum marker bands so they can operate on an area without creating a major incision.

Coronary stents, heart valve splices, and pacemaker components are all made with platinum. Platinum’s high biocompatibility helps reduce the risk of the body rejecting the implants. For pacemakers in particular, platinum’s ductility is the perfect material for making the extremely tiny wires that connect all the microelectronics within the pacemaker.

Neuromodulation devices are designed to send electrical signals to the central nervous system, which can help manage and treat chronic neurological conditions such as Parkinson’s disease. Platinum is used for the external structure of these devices, as well for the means of conducting electricity.

Certain chemical compounds derived from platinum are antineoplastic, meaning that they cause living cells to stop dividing. The cells continue to grow, but they never divide or reproduce. Chemotherapy drugs made from platinum, such as cisplatin and carboplatin, have saved thousands of patients. 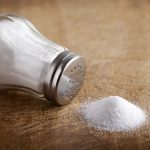 Have Salt Prices Ever Outpaced Gold? 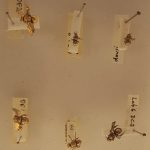