How the World’s Largest & Most Valuable Diamonds Form

It’s common knowledge that diamonds are created by the incredible pressure and heat deep below the surface of the earth – only becoming accessible after volcanic activity brings them closer to earth’s surface. Since this process occurs 90 miles underground, scientists have had to rely on theory in lieu of direct observation when describing diamond formation. As a result, the intricacies of the diamond formation process are still a mystery.

For example, unusually large and clear diamonds appear to differ from less valuable diamonds on both a structural and chemical level. This indicates that diamonds of exceptional quality form via undiscovered environments and/or processes that differ from that of common diamonds. Now, a recent research study funded in part by the Gemological Institute of America may be able to explain how the largest, highest quality diamonds form.

As part of the research, scientists analyzed the imperfections found in samples taken from Type IIa diamonds. Type IIa is an extremely rare color grade given to diamonds that are almost or entirely devoid of impurities and color. Only 1–2% of all natural diamonds earn this distinction, one of which is the famous Cullinan diamond.

During their analysis, the researchers identified inclusions made from a mixture of iron, nickel, carbon, and sulfur. Additionally, they found traces of methane and hydrogen that had formed around the inclusions. Both of these phenomena have never been observed in average diamonds.

Based on this information, the researchers were able to determine where in the mantle and under what conditions the gemstones formed – concluding that Type IIa diamonds must have crystallized within isolated pockets of metallic liquid inside the mantle, completely separate from where common diamonds form.

The researchers are still unsure about how the liquid metal forms in the mantle, or how many pockets potentially exist. Hopefully, additional studies like this one will yield the answers. 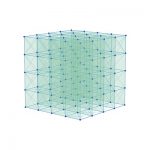 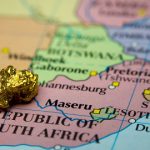 Why is this Mine the World's Largest Source of Gold?