For the First Time, Olympic Medals will be made Completely from Recycled Electronics

Organizers of the 2020 Olympics in Tokyo have partnered with the Japan Environmental Sanitation Center and telecom company NTT Docomo in a campaign to make all of the game’s medals from donated e-waste.

While the design and even the composition of Olympic medals has changed many times, they’ve never been made completely out of recycled metals. For the 2010 Winter Games, Canada made history as the first host-country to make Olympic medals using e-waste. However, it was in very small amounts – up to 1.52% of recycled material per gold medal. Japan intends to make Olympic history and build on that idea by manufacturing all of the event’s 5,000 medals using 100% e-waste.

Evoking a sense of national collaboration, the organizing committee and their partners put out a call for Japanese citizens to donate their old smartphones at more than 2,400 collection boxes spread across public offices and NTT Docomo stores. The goal is to collect 8 tons of smartphones – which should yield about 2 tons of usable material after processing. It’s estimated that Japan produces about 650,000 tons of e-waste annually, so there should be plenty of time before the games in 2020. These efforts are yet another example of the importance of precious metal recycling. 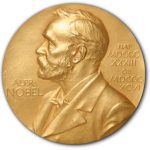 How to Tell the Difference between Natural & Synthetic Gems