Earlier this year, Toyota announced that they created a new design for the catalyst substrate structures used in catalytic converters. The Flow Adjustable Design Cell (FLAD®) substrate purifies exhaust fumes just well as current technology, but uses 20% less precious metals. Moreover, through a partnership Denso (one of the world’s largest automotive component manufacturers), Toyota is able to mass-produce the new catalyst. Going forward, this could have a major impact on the automotive industry and precious metal markets.

Catalytic converters use PGMs (i.e. platinum, palladium, and rhodium) as catalysts, which convert the toxic substances from engine exhaust into inert or less toxic substances. Ordinarily, the PGMs are wash-coated onto a substrate with a uniform honeycomb structure (pictured). Unfortunately, this design causes exhaust fumes to flow through at an uneven rate – causing the PGMs near the center of the substrate to wear out faster. Toyota’s FLAD® substrate uses a different cross-sectional area at the inner portion compared to the outer portion, which promotes a more even flow of exhaust through the entire substrate. Because the center doesn’t wear out as fast, it doesn’t need to be reinforced with extra PGMs – that’s why catalytic converters would require 20% less of them.

All cars have catalytic converters, so the auto manufacturing industry has a direct impact on the price of PGMs. A 20% decrease in demand from automakers would cause PGM prices to decrease as well. Actually, a downtrend may have already started. Take a look at platinum prices from the last 12 months. After Toyota’s announcement on February 22, platinum prices fell almost 9% over the next 2 weeks. You can see the price drop again between April and May – right around the time that sales of the first car to use FLAD-based catalytic converters (the 2018 Lexus LC 500h) began. Then again, palladium prices haven’t followed the same trend.

While we have no idea how the PGM markets will fare, at least we’ll all get to enjoy cleaner air and longer lasting catalytic converters. 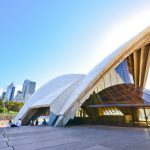 Why Some Buildings are made with Gold 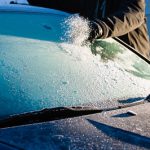