After forecasting a drop in US stocks this summer, Jeffrey Gundlach, the widely followed investor (known on Wall Street as the “Bond King”) and CEO of DoubleLine Capital, publically advised traders and speculators to raise cash as soon as possible. Along with this bearish sentiment, he had some great things to say about gold, tweeting:

Gold at key juncture. Pushed above 200 day moving average recently, and the 50 and 100 today. Coiling just below 5 year downtrend line, too.

While US stocks have climbed to record highs, volatility has remained historically low, which has raised concerns over an impending market correction. Following his own advice, Gundlach made headlines by purchasing put options (a type of hedging investment against stocks) on the S&P 500.

Gold is a stable asset, so when other investment types (like stocks) start flagging, investors will try to hedge against losses by buying more gold. Gundlach also told reporters that he still has exposure to gold – and predicted gold prices would rise because “gold looks cheap compared to markets that have rallied a lot, including bitcoin and including Amazon.”

Gold touched a 6-week high on Thursday, 7/27 after the Fed kept interest rates unchanged on Wednesday, 7/26. 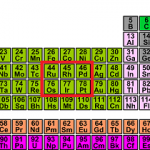 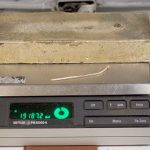