Police have made new progress in their investigation of a high-profile heist we covered earlier this year: the theft of a 220-pound Canadian Maple Leaf gold bullion coin from the Bode Museum in Berlin, Germany. On July 12, special police units raided several apartment homes in Berlin’s Neukölln district and arrested two unidentified suspects believed to have been involved in the heist.

Earlier this month German police published still photos of three masked suspects. The photos were obtained from security cameras installed at a tram stop – one of several with tracks directly behind the museum. The perpetrators allegedly placed a ladder on the tracks to reach a window and gain entry to the museum. Disturbing none of the other exhibits, they smashed the bulletproof display case and rolled the 21-inch coin outside. They then loaded the coin into a wheelbarrow and transported it across a railway bridge to the other side of the river Spree, where they used a rope to climb off the tracks and load the coin into a car.

Unfortunately, the coin was not recovered during the raid. Police are still searching, but there’s the strong possibility that the coin was divided into pieces and/or melted down for its gold content worth almost $5 million dollars. Assuming the coin is still in one piece, deep impact marks at the break-in site and below the railway tracks suggest the coin was dropped and is likely damaged.

In an interview with the director of the Bode Museum’s coin collection, Bernhard Weisser said that he hopes to display the coin again regardless of its condition. As more details of the heist come to light, it would surely make for an interesting exhibit! 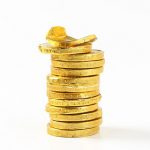 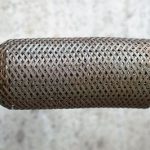 The Technology Made Possible by Platinum: Part 2