The value of silver futures briefly plunged nearly 10% late last week after more than 25 million ounces were traded within a minute during a lull in market activity. This news comes on the heels of a flash crash in gold prices on June 26, which also occurred under similar circumstances.

Like gold’s recent flash crash, silver’s price fluctuations are being attributed to an erroneous trading order. Just after 7 a.m. in Singapore last Friday (when Asian trading just barely started), more than 25 million ounces of silver futures were traded within a minute – temporarily flooding the market and driving prices down. The Wall Street Journal reported that silver fell from just over $16 per troy ounce to around $14.30 in moments before just as quickly bouncing back to $15.80.

There have been numerous instances in recent years of asset trading orders being entered for an incorrect price, resulting in subsequent trades reacting to that incorrect entry. The end result is typically a brief, but sharp, change in asset value colloquially known as a “flash crash.” If you want to be alerted to these kinds of price swings as they happen, don’t forget that you can use our Precious Metals Prices app to receive alerts via email or push notifications on your phone. 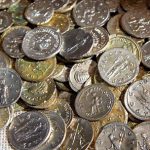 How One Silver Coin Rewrote History 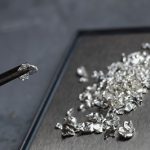 All the Technology Made Possible by Platinum