How Diamonds could Revolutionize Battery Technology 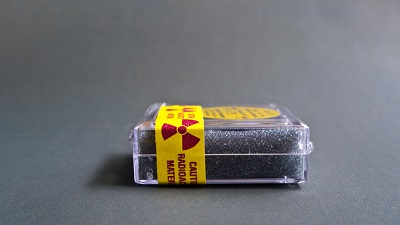 Ever increasing in popularity, lab-grown diamonds have a number of features that appeal to the jewelry market. But thanks to new scientific developments, they may soon find a new appeal among several new areas of industry. Scientists from the University of Bristol Cabot Institute gave a presentation of their research (which is still being prepared for publication) of converting dangerous nuclear waste into safe, electricity-generating synthetic diamonds.

To learn how this is possible, it helps to understand a few things about the source of nuclear waste the scientists intend to use. In the early 1950s, the UK began building nuclear power plants designed to use uranium as fuel, housed inside a core of graphite blocks to help sustain nuclear reactions. After enough use, the graphene blocks become radioactive and generate an unstable carbon isotope, carbon–14. The last of these types of reactors was decommissioned in 2015 – but decades of using them has left the UK with an estimated 95,000 tons of dangerously radioactive graphite blocks.

The scientists from the Cabot Institute devised a method to put this nuclear waste to use. Heating the graphite blocks causes much of the carbon-14 to be released as a gas – lowering the radioactivity of the graphite block to a less hazardous level. Meanwhile, the carbon-14 gas can be used in place of methane to grow a synthetic diamond. Diamonds grown from carbon-14 have a interesting property: they generate an electric current in the presence of a radioactive field. Because the diamonds are made from radioactive carbon-14, they actually provide their own radioactive field to generate electricity.

The amount of energy generated is low a mere 15 joules per day. But since carbon-14 takes almost 6,000 years to degrade, the diamond batteries could function for just as long, giving them an estimated energy storage rating of 2.7 trillion joules. This longevity could make the diamond batteries useful in applications where charging or replacing conventional batteries is difficult or impossible, such as in satellites, spacecraft, and implantable medical devices. 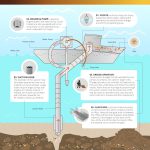 Suction Dredging for Gold: The Basics 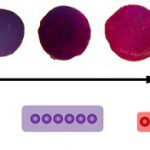