The Legacy of the World’s Largest Diamond

Every jeweler has heard the line “a diamond is forever,” and the world-famous Cullinan Diamond is an excellent example of this saying. At 3,106.75 carats, the Cullinan Diamond was the largest gem-quality diamond ever discovered. While the “original” Cullinan no longer exists, it lives on as nine jewels that were cut by master craftsmen.

The Cullinan Diamond was discovered on January 26, 1905 by a miner named Thomas Evan Powell in a South African diamond mine. Although the diamond was named after the mine’s owner, Thomas Cullinan, Powell was awarded £3,500 for the find. After it was analyzed, the British colony government of Transvaal purchased the diamond for £150,000. The Transvaal colony then presented the diamond to King Edward VII of the United Kingdom for his 66th birthday. 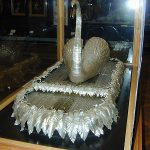 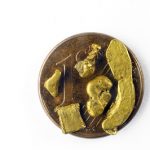