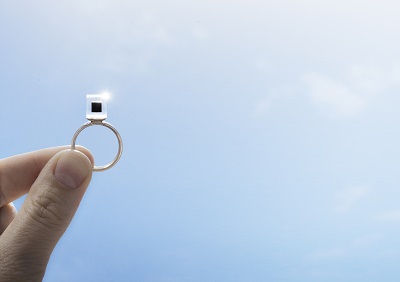 Air pollution has been a worldwide environmental issue for years, but it has become especially problematic for the people of Beijing, China. According to a study by researchers at UC Berkeley, air pollution kills about 4,000 people every day in China. Fortunately, the country’s air quality may soon improve thanks to Dutch designer Daan Roosegaarde’s “Smog Free Tower.”

The 23-foot tower uses ion technology to draw smog in through the top, then filtered air is released through vents at the base. Running on a mere 1,400 watts of electricity, the tower can clean about 30,000 cubic meters of air per hour and improve surrounding air quality by 75%.

Furthermore, the fine carbon particles that the tower collects can be condensed to create tiny “gemstones” that are then sealed in a resin cube and mounted onto rings and cufflinks. Each of these carbon stones is the result of about 1,000 cubic meters of filtered air.

After about three years of research and development, plus a round of Kickstarter funding, Roosegaarde was able to debut a prototype of the tower in Rotterdam last year. Roosegaarde then collaborated with European Nano Solutions (a green tech company in the Netherlands) and Delft Technology University, to unveil the latest version of the tower last September in the D-751 Art District in Beijing. In the near future, Roosegaarde hopes to bring the technology to other locations in China, as well as other smog-afflicted locales such as Mexico City and Los Angeles. 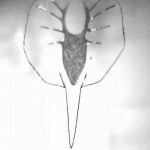