Gold prices continue to make newsworthy changes as 2016 comes to a close. Just before Thanksgiving, gold prices fell to less than $1,200, marking a nine-month low for the metal.

Despite the timing, this discount on gold had nothing to do with Black Friday. At least, not in the way you might think. Investor speculation has been pointing toward a stronger currency market brought on by increased spending – not just by consumers, but also through the US government and the expectations being set by President-elect, Donald Trump.

But an even bigger influence on gold prices came from speculation that the US Federal Reserve will finally raise interest rates. From an investment standpoint, gold provides no yield, so any gains for investors come through price appreciation. If the Fed raises interest rates, then the opportunity costs of holding gold also increases, making it a less desirable investment.

The Fed won’t make an official announcement on interest rates until its December 13-14 meeting. Gold prices could move in either direction depending on the outcome of that meeting. You can stay in the loop by downloading our precious metal prices app and setting up alerts. 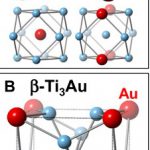 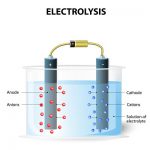