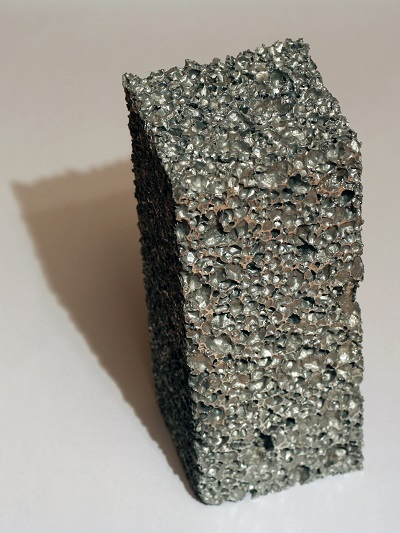 When a solid metal is refined into a form riddled with gas-filled pores, you get metal foam (not to be confused with aerogel). Metal foams can be made in many different ways. Some are manufactured by bubbling gas through molten metal, while others are formed from hollow beads of one metal (usually carbon steel, stainless steel or titanium) within a solid matrix of another (such as steel, aluminum or other alloy).

With metal foam, you get an ultralight material that retains nearly all of the physical properties of the base metal – plus some additional features. Scientists have been researching this fascinating product of metal refining, and they’ve discovered some interesting things about metal foam.

For example, researchers at New York University developed a metal foam using a magnesium alloy base with hollow silicon carbide spheres. Even though it’s a metal, it’s lighter than water and is naturally buoyant. Since the material is inexpensive to manufacture, it could be incorporated into the design of large ships in the near future. And even though the metal foam is so light, it’s strong enough to withstand up to 25,000 psi.

This resistance to force is one of metal foam’s most interesting properties. Afsaneh Rabiei, a professor of mechanical and aerospace engineering at North Carolina State University, has spent years developing and testing metal foams. While experimenting with the limits of the material’s resistance to high-velocity impacts, his lab recorded a video of metal foam stopping an armor-piercing bullet. However, that’s not the limit to metal foam’s protective capabilities.

Rabiei and his team of researchers have also been testing metal foams in extreme conditions to see if they could be used for containing nuclear material or potentially explosive products. Their latest findings indicate that metal foams are at least twice as effective at insulating against high heat than the conventional metals and alloys they’re made of.

Image attribution: By Stehfun (Own work) [GFDL or CC BY 3.0], via Wikimedia Commons 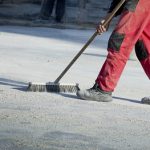 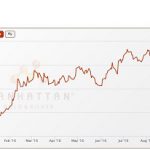