Previously, we covered how jeweler and coin dealer Israel Switt hid away 10, 1933 Double Eagles that were discovered by his family after his death. For some, the find was not too surprising. Allegedly, Switt had switched older-issue Double Eagles at the Philadelphia mint for the 1933 ones just before they were melted down. Because the original 1933 coins and Switt’s decoys were destroyed all at once, there was no way to know just how many double eagles Switt really took.

Since a single 1933 Double Eagle earned the record for the world’s most valuable coin, surely 10 of them must hold astronomical value – if they were authentic. And who would know better, and pay higher, than the US government?

As part of the legal settlement between the US government and Stephen Fenton (the last owner of the Double Eagle before it went on display at the Fed), it was agreed that the coin was to be auctioned off, with the proceeds split evenly between the defendant and plaintiff. Switt’s descendants assumed they could get the same deal. So, they sent all 10 newly discovered coins to US Treasury Department to be authenticated. However, the government kept the coins and provided the Switts with no compensation whatsoever. Naturally, the Switts sued.

During the resulting trial in July 2011, the court found that, because the coins were stolen from the government in 1933, the Switts were not the rightful owners and were owed no compensation. The decision was upheld in August 2012, but the Switts appealed. But in April 2015, the government made a huge error: the U.S. Court of Appeals for the Third Circuit said the government had failed to file the paperwork for a forfeiture action on time, and in doing so, had waived its right to keep the coins. However, this order was reversed in July that same year. To date, the ownership of these valuable double eagle coins is still under legal review. 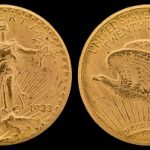 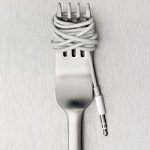