How Gold Increases the Efficiency of Solar Panels

Silver is a necessary component of today’s solar panels. But thanks to researchers at Stanford University, solar panels in the near future may incorporate gold to improve performance and efficiency.

Conventionally designed solar panels are made up of cells that absorb solar energy. A grid of interlaced wires lays on top of the solar cell to conduct the resulting electricity. These wires are necessary for conducting the charge generated by the solar cell, but at the same time, they inhibit the cell’s efficiency by blocking 5-10% of the sunlight. Engineers have struggled to minimize these light-blocking wires and maximize the efficiency of solar cells. The solution developed by Stanford’s researchers uses gold’s extreme malleability and electrical conductivity to get around the limitations of regular wiring.

Instead of wires, the researchers developed an extremely thin film of gold placed on a flat sheet of silicon (pictured). The gold film is riddled with microscopic perforations that allow nano-scale pillars of silicone to poke through. These pillars reach up through the conductive metal surface and funnel light down into the substrate beneath.

Laboratory testing showed that this nano-wire sheeting reduced the amount of blocked light to 3%. Currently, the researchers are applying the sheeting to conventional solar cells for field testing – which they expect to result in a 20-22% boost in efficiency. 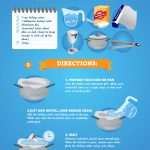 How to Polish Silver with Everyday Items 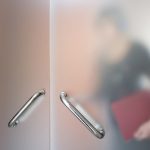