The Search for Gold in Alaska’s Seas 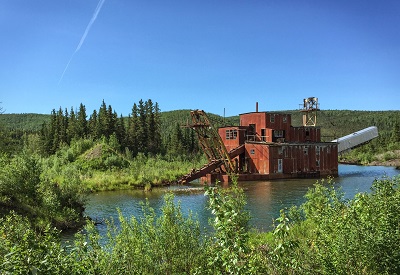 Placer mining for alluvial gold has been around for centuries. As a water-flow slowly erodes rocks and minerals, gold flakes can get caught up in the mix. By carefully filtering this water, it’s possible to make a small fortune in gold. “Panning for gold” was traditionally done by hand, but in the early 1900s, the process was dramatically industrialized with gold dredges.

Gold dredging takes the concept of gold panning and supersizes it. The front end of a gold dredge is like a conveyor belt of buckets that are filled (via suction or scooping) with water and sediment. The contents are dumped onto a rotating steel filter that allows small materials, like gold flakes, to pass through. The small materials are further filtered through a sluice box to get the highest yield of gold. Rocks and other filtered sediment are dumped out of the back of the gold dredge and back into the water source.

The Discovery Channel hosts two reality shows about gold dredging called Bering Sea Gold and Bering Sea Gold: Under The Ice. One show covers the summer season, and the other covers the winter season when most of the sea is iced over. Both shows detail the working lives of multiple gold dredging crews operating out of Nome, Alaska. Millions of years of glacial runoff have made the nearby Bering Sea rich with placer gold deposits. However, dredging operations can be costly and dangerous. Specialized equipment is required, and the Bering Sea is quite treacherous – which contributes to the shows drama. The shows track the amount of gold found by each crew, which varies wildly. As an example, one crew recovered about 766 oz. of gold in season one, while another crew managed only 0.75 oz. Spreads like that between crews appear to be consistent from season to season – so it’s all or nothing for these brave prospectors. Even if these crews don’t strike it rich with their gold dredges, they at least find fame on television! 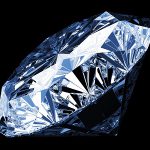 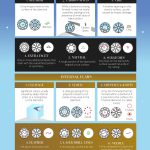