Foreign Central Banks are Dumping US Debt to Buy Gold

Last Friday, we saw a spike in the price of gold. While many economic factors affect the gold price, the biggest driver right now appears to be a significant increase in global demand for the metal.

With interest rates so low, and a general fear pervading the global market, bonds and treasuries are not the secure investments they used to be. In response, central banks around the world have been hedging their bets by selling US Treasury bonds and using the proceeds to buy up gold. Last year, central banks sold about $226 billion of this debt. Now in 2016, they’ve already sold about $123 billion. According to data from the US Treasury Department, this is the fastest pace for a U.S. debt selloff by central banks since 1978. Continuing its trend from last year, China is leading the selloff, having sold about $3.5 billion of US Treasury bonds in March alone.

In these types of selloffs, central banks typically use the money to prop up their own currencies. While that is happening here (especially with China), there is also a strong demand for gold. The World Gold Council says that central banks added 109 tons to their reserves in the first quarter of 2016. Of that, the two largest purchasers were Russia (45.8 tons) and China (35.1 tons).

If hedge fund manager Paul Singer is right, the price spikes we’re seeing for gold now are just the beginning of even more activity in the gold market. If you want to keep a close eye on these price fluctuations, download our app to view historical trends and set price alerts. 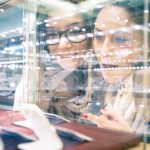 What to do with 'Showrooming' Jewelry Shoppers 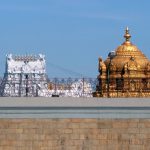