In 1557, Italian humanist Julius Caesar Scaliger described a bizarre, unknown material “which no fire nor any Spanish artifice has yet been able to liquefy.” This material wasn’t officially isolated and discovered until centuries later by astronomer (also author, explorer, and Spanish general) Antonio de Ulloa in 1735. With a melting point of 3214.9 °F and almost complete resistance to corrosion and acids, it’s no wonder why platinum went undiscovered by humankind for so long.

However, once platinum was finally identified as a unique element, research into its unique properties began. Perhaps the greatest earlier contributor was French chemist Pierre-François Chabaneau. Thanks to his research funded by Charles III of Spain through the 1780s, a process for producing pure, highly-malleable platinum was discovered. During the following 22 years, nearly 18,000ozt of platinum was created and refined. This created the “platinum age of Spain,” but considering platinum’s worldwide impact, it could be said this age spread over the world and never ended.

Not only is it an incredible creative asset to the jewelry industry, but platinum has also made many industrial, technological, and medical innovations possible – thanks to its unique characteristics like its resistance to corrosion, heat, and wear-and-tear; electrical conductivity, ductility, and catalytic properties.

To celebrate this miraculous metal, we’ve created an infographic compiling some “fun facts” about platinum. Enjoy! 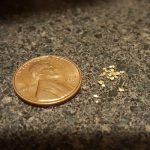 How Much Gold is In: Gold Panning Kits 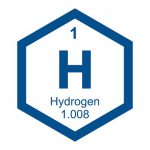