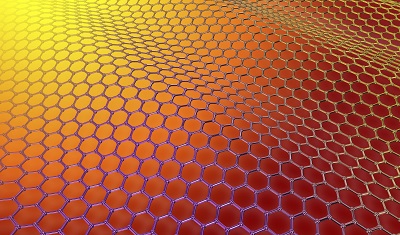 Scientists at the U.S. Department of Energy have published research about a new material they created: borophene. Similar in structure to graphene (a two-dimensional allotrope), this new material has some interesting properties.

Research into borophene began after scientists learned that the metalloid boron could demonstrate some metallic properties when stretched out into a two-dimensional sheet (i.e. one atom thick). However, this allotrope of boron is not found in nature, so it was synthesized in a lab using theoretical models of what the material should look like. By vaporizing boron with an intense electron beam, then condensing the gas onto a thin film of silver (which does not react with boron), scientists were able to create borophene.

While other two-dimensional materials – like graphene – are usually smooth and completely flat, the boron atoms bind together in such a way that gives borophene small ridges, like corrugated cardboard. This structure gives borophene directional electrical conductivity, meaning electricity can move along it in one direction more easily than the other. Researchers are also theorizing that borophene may have the greatest tensile strength of any material ever discovered.

Since it’s only just been discovered, borophene still needs a lot of research to flesh out its potential. But, it may have incredible applications in the future. 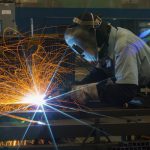 How to Weld Together Un-Weldable Metals 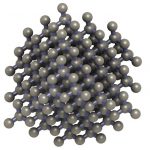