At MGS, we measure purity and weight to determine the value of items sent to us by clients. While we do accept coins for refining (often from our pawnbroker clients), our standards for value aren’t the same as professional collectors.

Coin grading, or valuation, is made up of many factors. Of these, “quality” and “rarity” are perhaps the most important in deciding a coin’s value. In order to establish some consistent grading criteria in the field of numismatics, quality and rarity have measurable scales.

To grade a coin’s condition/quality, the Sheldon Scale was invented by numismatist William Herbert Sheldon in 1949. However, that was not his only contribution to the field of numismatics. He also invented the Sheldon Rarity Scale, which is still widely used today.

The Sheldon Rarity Scale is not the only one relied on by numismatists. In 1992, Q. David Bowers – one of the greatest and most well-known ongoing contributors to the field of numismatics – created the University rarity Scale or URS. Unlike the Sheldon Rarity Scale, it provides much deeper details about the rarity of a coin with 21 separate rankings.

Below, we’ve adapted these grading scales into a nifty infographic! If you’re interested in learning more about numismatics and rare coins, you can read our other related blog posts. 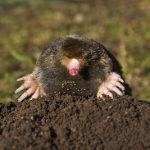 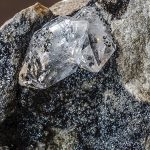