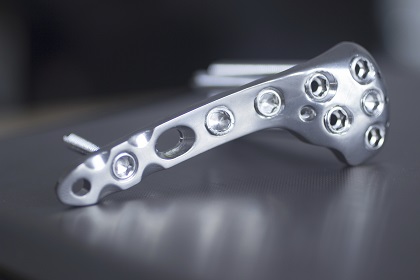 The advent of antibiotics revolutionized the healthcare industry once their use became widespread. However, because of their overuse, antibiotics have decreased in effectiveness over time – giving rise to dangerous, antibiotic-resistant strains of disease. To address this concern, researchers have been taking a closer look at silver by searching for ways to exploit silver’s antimicrobial properties to combat infections.

One such researcher, Rohan Shirwaiker, Assistant Professor of Industrial and Systems Engineering at North Carolina State University, is working on a method that electrically activates silver to create an antimicrobial surface for medical implants. According to the American Academy of Orthopedic Surgeons, there is an average annual infection rate of approximately 5% (at least 100,000 cases per year) associated with orthopedic procedures involving fracture fixation devices and joint prostheses. Treatment costs for these infections impact the US healthcare system to the tune of over $1.5 billion annually – and that’s just orthopedic cases.

Shirwaiker’s implant design combines a silver anode, titanium cathode, and a small power circuit. Surrounding bodily fluids act as a conducting medium between the titanium and silver, enabling the low-level electrical current necessary to release silver ions from the anode into the area immediately around the implant to destroy pathogens.

In vitro experiments show that the design is definitely effective – causing a 99% decrease in bacteria growth on and around implants after 24 hours, and an infection-free environment after 48 hours. However, silver’s toxicity affects healthy cells as well. In order to be a viable technology, there must be a way to precisely control the power source and release of silver ions. It will also need to be able to work with any type of surgical implant. If researchers can solve those problems, there may be another healthcare revolution in the works. 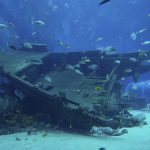 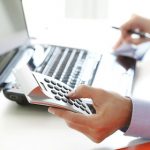