While on vacation, an anonymous 16-year-old girl was swimming in Germany’s famous Königssee Lake. Near the shore, she found a gold bullion bar at a depth of only about 6.5 feet.

The girl turned the bar in to authorities, who then conducted a search of the area. Königssee Lake is known for its crystal clear waters and is commonly advertised as “the cleanest lake in Germany.” Police divers thoroughly combed the area, but did not find any other valuables – or evidence to explain the origin of the gold bar.

The gold bar bears the sun and moon hallmark of Degussa Feingold, a German-based precious metals refinery that specializes in bullion production. Weighing 500 grams and stamped 999.9 fine, the bar’s approximate value is around $17,700.

No one has stepped forward to claim the bar, and no one is sure how it got in the lake. Due to the nature of the find, there has been a lot of kneejerk speculation that the bullion is lost “Nazi gold.” However, experts report that the bar is “not connected to the Nazi era.” More likely, such a finding would come from Lake Toplitz – just 100 kilometers to the east in neighboring Austria.

UPDATE: After 6 months, no one stepped forward to claim the gold bar, so it was returned to the lucky tourist! 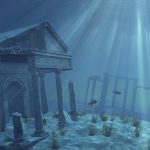 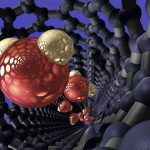