Gold has held intrinsic value for millennia. It has been fashioned into jewelry and other decorative fineries, and stamped into coins and used as currency. But why was gold used for trade over silver or platinum? In a word: consensus.

The first “gold standard” was the gold specie standard (translated from Latin to gold coin standard). This describes the standard by which gold coins were widely circulated and used as currency. Gold coins were first used as the currency of choice in Asia Minor. They were also used in the Middle Ages by the Byzantine Empire. This coin was called a Bezant.

Elsewhere in Europe, though, territories agreed upon a silver standard and began trading in silver coins. The silver standards existed for more than a millennia – as many of the first currencies (the Italian Denari, the French Deniers, and Spanish Dineros) all derive from the roman Denarius – the silver pennies that were widely circulated throughout Europe.

In the early 18th Century, The Royal Mint moved from the silver standard to the gold standard. This began a trend that pushed silver out of circulation in favor of gold. The formal gold specie standard was established in England about 100 years later, in 1821. The United Province of Canada adopted it in 1853, Newfoundland in 1862, and the United States (trading with the Gold Eagle) adopted the gold specie standard in 1873 (and in doing so, essentially demonetized silver).

The first paper money was really nothing more than deposit receipts, I.O.U.s and promissory notes that were traded and accepted as payments. Then, during World War I, the British government urged its citizens not to exchange its bank notes for coins, and the gold specie standard was briefly abandoned.

The gold bullion standard began with the British Gold Standard Act of 1925, with bank notes being backed by gold bullion as opposed to gold specie. This took specie out of circulation for good (which is why you can’t, for example, buy your groceries with an American Eagle coin).

But the gold bullion standard would not last. In the 1930s, world markets were in an upheaval, and runs on banks were common. Within a few years, the major economies of the world abandoned the gold standard.

While gold is no longer the standard by which currencies are set, it still holds intrinsic value, with the current agreed upon price set by the London Fix. 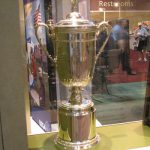 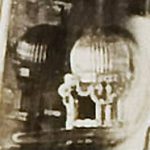