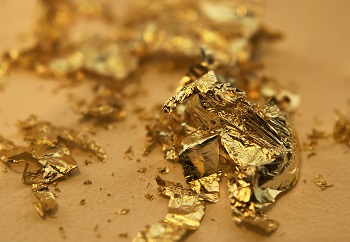 We tend to think of gold as the stuff of bars and earrings. But thanks to its conductive and non-reactive qualities, gold has other uses too. Here are five places you might not think to look for gold.

Electronics. Gold is used as a conductor in a range of electronics, from cell phones and computers, to TVs, stereos and calculators. Want to “mine” your old electronics for gold? Check out this piece in Wired.

The Junk Yard. Precious metals like platinum, palladium and rhodium are found in catalytic converters, the small (and expensive) part of your car that’s responsible for controlling emissions. Thanks to the presence of these metals, The New York Times reports that catalytic converters are often targets for thieves.

Batteries. Scientists are experimenting with using gold in lithium batteries as a way to improve the range of electric cars. But, because of the high price of gold, they’re just experimenting. The use of gold might, after all, put already expensive electric cars out of reach for most consumers.

The Ground. With gold as ubiquitous as it is today, you may forget that gold comes from the ground. And it can still be found in dry creek beds and streams in California and other places. In fact, Wired reports that some scrappy Californians are making their living by prospecting for gold.

The Ocean. And who can forget all of that sunken treasure on the ocean floor? There’s the SS Central America, off the coast of South Carolina, which is thought to contain $86 million worth of gold. But don’t go diving into the ocean expecting to find your fortune – any treasure found off the coast of the U.S. can be claimed by the government.

Why Send Precious Metals to MGS? 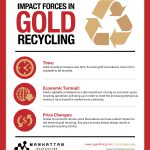