Supply is a driving factor in determining the price of gold and gold recycling activity. Mines from all over the world fuel this supply, but their haul varies from year to year. According to Thomson Reuters Gold Field Mining Services, there are more than 170,000 metric tons of gold in circulation around the world. However, 100% accurate estimates of gold aren’t possible, since several countries don’t publish the size of their official reserves. On top of that, there is also unaccounted gold from pre-history and illegal/undocumented mining operations – so we may never know exactly how much gold has ever been refined or is currently in circulation.

But, we may know how much gold is left. According to the U.S. Geological Survey, there is still approximately 52,000 tons (worth more than $2,000,000,000,000) of gold still left to be mined. Also according to the U.S. Geological Survey, last year’s worldwide gold production totaled 2,860 tons, which was about 2% better than 2013. The total amount of recycled gold was about 200 tons. A big contribution to both totals came from China, which has seen unprecedented gold demand in recent years. Hopefully, 2015 will be even more productive for both refiners and miners! Check out the infographic below to see estimates of worldwide gold production. 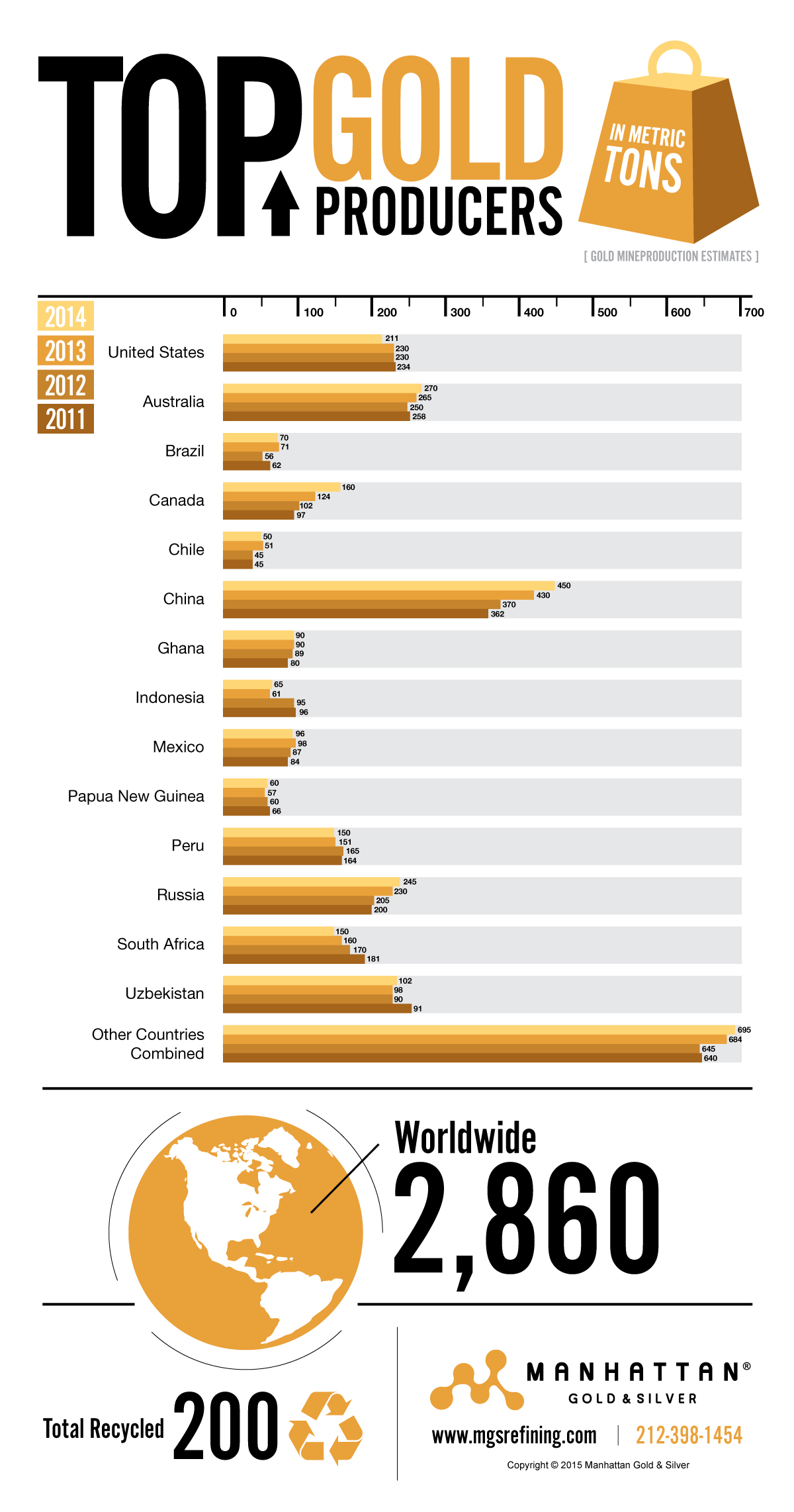 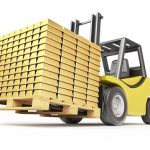 Safety and Security Tips for Jewelers