Silversmithing and the Stanley Cup 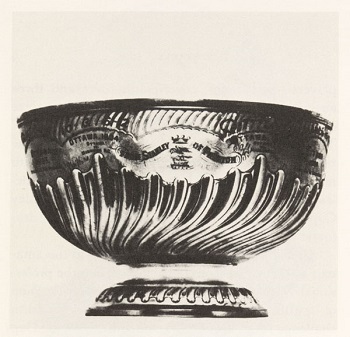 The 2015 Stanley Cup Playoffs are almost finished, and soon massive celebrations with the famous cup held high overhead will begin. As one of North America’s oldest and most acclaimed sporting trophies, the Stanley Cup actually has some surprisingly humble beginnings.

In 1892, the General Governor of Canada, Lord Stanley of Preston, wanted to show his support for the then-fledgling sport he dearly loved – ice hockey. With hockey leagues in their infancy, there were no championships established. To bring the sport into a new era, Lord Stanley purchased a sterling silver rose bowl, smithed in Sheffield, England for an even 10 guineas (which was about $50 back then, or more than $1,200 at today’s prices) to be used as a championship trophy.

That original Stanley Cup hasn’t actually been awarded to players since 1970. Since then, it’s been on display in the Vault Room at the Hockey Hall of Fame in Toronto, Ontario. The cup you’ll be hearing about for the rest of the week is actually known as the “Presentation Cup” – which was crafted by Montreal silversmith Carl Petersen out of a tougher silver/nickel alloy.

During its tenure, the base and engraving bands of the Stanley Cup have undergone numerous alterations, finally settling on eight bands of differing width. Since the Stanley Cup is the only professional sports trophy where the name of every member of the winning team is inscribed, the bands fill up quickly. To keep the trophy at a manageable size, when the bottom band is full, the oldest band is removed and preserved in the Hockey Hall of Fame, and a new blank band added to the bottom. 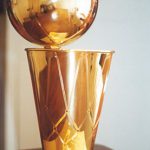 What is the NBA Finals Trophy Made of? 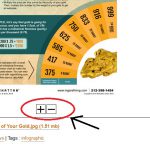