What is the Borg-Warner Trophy Made of? 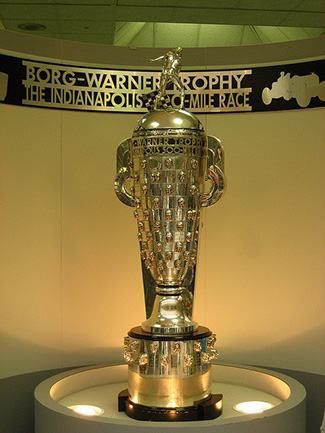 Ladies and gentlemen, start your engines! The events for the Indianapolis 500 are already underway, and by the end of the month, there will be a new champion worthy of addition to the famous Borg-Warner trophy – an award with truly awe-inspiring precious metal design.

Commissioned by automotive supplier BorgWarner , the trophy is relatively massive, standing at about 5’ 4” and weighing almost 153 lbs. It used to be light enough to be carried by the winner of the Indianapolis 500, but additional bases added over the years to accommodate new winners have increased the weight. Size aside, one of the most impressive design aspects of the Borg-Warner is that it has bas-relief sculptures of the likeness of each driver who has won the race since the trophy’s inception in 1911.

The entire trophy is covered with hundreds of racers’ faces, next to inscriptions of their name, victory year, and average speed during the race. The alternating faces and inscriptions create a checkerboard pattern – just like the iconic racing flag. Tradition dictates that repeat winners of the Indianapolis 500 get a new likeness sculpted onto the trophy – common variations include the addition or removal of racing headgear, like helmets and goggles.

The trophy is entirely sterling silver, with the exception of the likeness of Tony Hulman (owner of the Indianapolis Motor Speedway from 1945-1977) – which is gold. Of course, the trophy isn’t actually awarded to Indianapolis 500 winners. Champions instead receive an 18” tall replica of the trophy dubbed the “Baby Borg.” The replica only features the likeness of the winning driver. 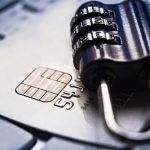 Credit Card Scam Hits The Diamond District: How to Protect Yourself 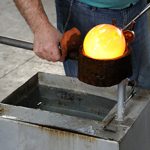