Venezuela Uses Gold Reserves to Strike a Deal with Citigroup

Did anyone notice the price surge for gold at the end of April?

The surge came from market intrigue surrounding a pawnbroker-style deal between Venezuela and Citigroup. Due to the relatively recent decline in oil prices – Venezuela’s revenue is way down. Desperate for cash, the Venezuelan government dipped into its gold reserves and struck a deal with US-based Citigroup.

Citigroup and Venezuela’s central bank have not commented on the deal, but local newspaper El Nacional reports that the deal is more complex than a straightforward transaction. Citigroup will exchange $1 billion in cash for 1.4 million ounces of Venezula’s gold reserves (which, according to our gold payout calculator, is worth more than $1.5 billion). However, the country will have to pay interest on those funds, but it is speculated that it will be able to maintain the gold as part of its foreign currency reserves (since Venezuela gets a right of first refusal as part of the deal). Venezuela holds almost 368 tons of gold reserves, so using almost 10% of them for this deal probably won’t affect their position much as having the world’s 16th-biggest gold reserves.

Hmm… a party trades some physical goods for a cash advance equal to slightly less than the actual value of the goods, and the party can buy back their goods whenever they need to. It sounds like Venezuela just made the biggest pawn deal of all time!

Could Gold Nanoparticles be used for Weight Loss? 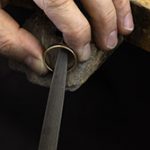 Your File is Your Best Friend