A few months ago, the government of Peru prioritized efforts to crackdown on illegal gold mining and smuggling operations occurring in the country. Smugglers would transport the gold from mining outposts across the Bolivian border, where it would be laundered and exported out of the Bolivian capital of La Paz.

Until the crackdown began, smugglers were quite busy. According to Reuters, Bolivia officially exported 24 tons of gold between January and August – six times more than Bolivia’s gold miners produced during the first seven months of the year. This has had several negative consequences:

The Peruvian government has made some progress – smuggling operations are reported to have been reduced by about 50%. But, with 1,000 km of unsecured border between Peru and Bolivia, there may still be challenges ahead.

Reuters reports that nearly all of Bolivia’s exported gold went to the US. We encourage all of our gold buying friends and readers to do their due diligence in securing conflict-free gold. 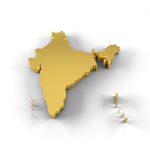 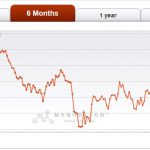 How the London Fix Works