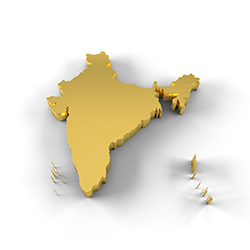 Contrary to the expectations of economics experts, the Indian government has announced the lifting of some restrictions on gold imports – which may have worldwide consequences for the gold market.

The story begins in 2013 with India’s currency crisis. The balance of trade for the country was off kilter, to say the least. The country’s account deficit surged to about 5.5% of its GDP, causing devaluation of the Rupee. Since India’s imports were outpacing its exports by such a wide margin, changes needed to be made. Since gold is India’s second biggest import (and it doesn’t contribute as much to the country’s infrastructure) restrictions were put in place specifically for gold importation.

The Indian government announced that it would lift a rule requiring importers to re-export at least 20% of the gold they brought into India. Since 2013, India has managed to get its account deficit down to just about 1%. Even though the discouragingly high 10% gold import-duty remains in place, it seems that government officials are no longer as concerned about the balance of trade.

As restrictions are lifted, the demand for gold will increase, which may affect prices in the future. Make sure to watch the trends by using our gold price tracker.

Good Reasons to Invest in Gold