From 1896 through the 1930s, the Gorham Manufacturing Company produced a limited line of silver hollowware known as martelé (derived from the French verb marteler, “to hammer”). Even though ostentatious silverware isn’t in style anymore, we imagine some of our pawnbroker clients would be ecstatic if a martelé item came into their shop.

While martelé work has high precious metal content (.95% silver, comparable to Britannia silver), its true value comes from the incredible skill and patience that went into each piece – which wouldn’t have been possible without using high-purity silver as a base.

As any jeweler would tell you, impurities are added to precious metals to toughen them up (in most cases). By using 950-fine silver instead of 925-fine sterling silver, martelé craftsman have easier material to work with – which matters a lot in the martelé process. As the name implies, each piece was hammered and chased completely by hand. Even something as small as an ornate pepper shaker took as long as 25 hours to produce, with an additional 25 hours for chasing.

It is estimated that about 4,800 martelé pieces were produced. But, after silver’s price spike in the 1980s, many pieces were melted down, leaving about 1,500-1,700 known pieces. If you do manage to get your hands on some martelé, you’d likely be better off keeping it, rather than recycling it. 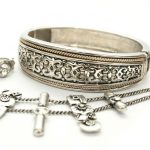 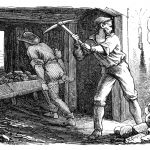