The Bushveld Igneous Complex: Where Platinum Comes From 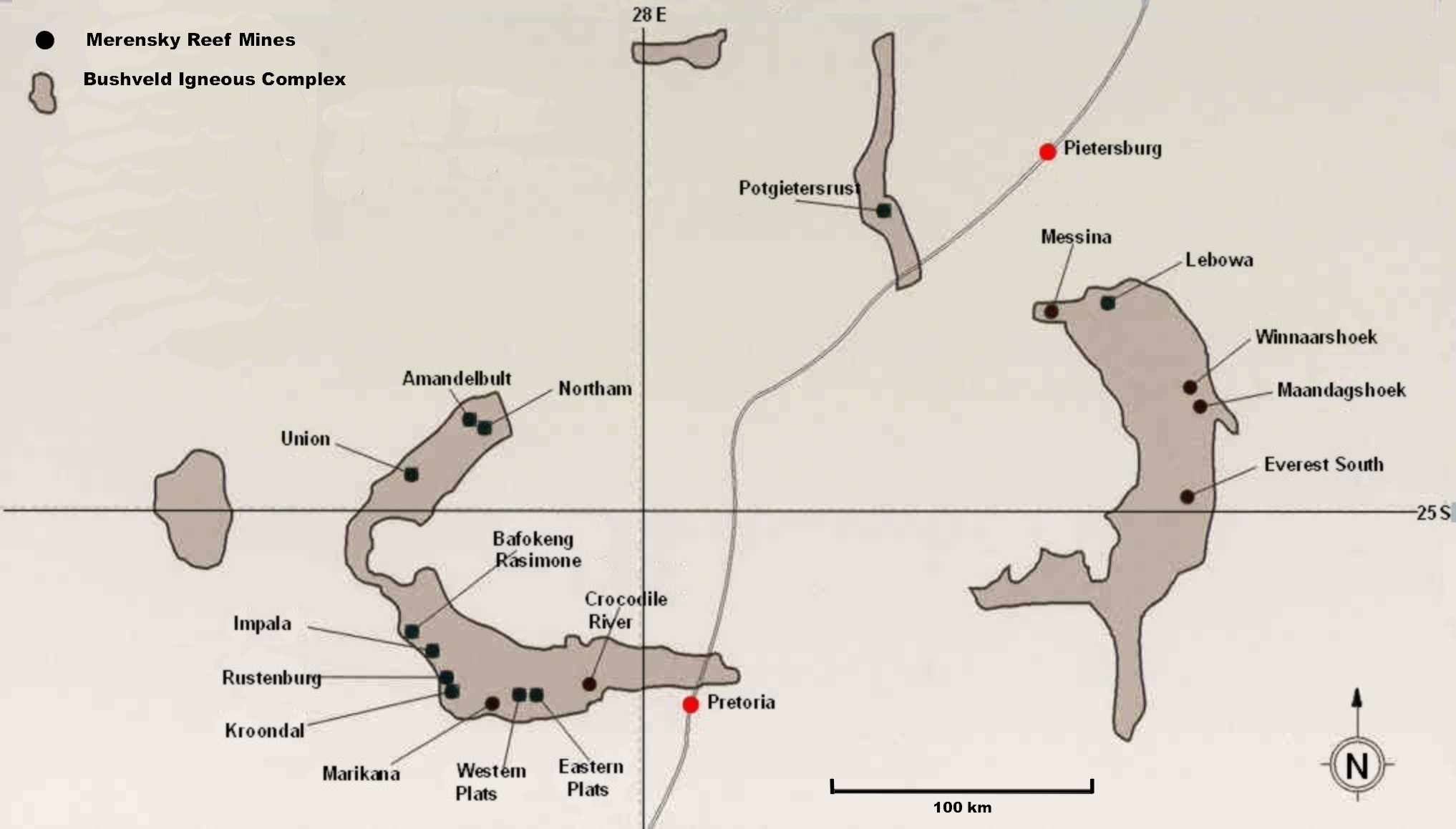 In a previous blog post, we touched on South Africa’s Witwatersrand Basin’s massive contributions to precious metal mining. But while the Witwatersrand Basin specializes in gold and silver, the Bushveld Igneous Complex is responsible for most of the world’s supply of platinum group metals.

The Bushveld Igneous Complex (BIC) is a geological formation in the Transvaal Province of South Africa. Geologists believe it outcrops the Transvaal Basin – so it’s a bit similar to the Witwatersrand. The BIC is made up of three sections: two large eastern and western lobes, as well as a slightly smaller northern extension – which you can see in the image. All three sections formed at the same time about 2 billion years ago when mineral-rich magma seeped out of massive cracks in the earth.

Imagine a jelly donut with your thumb gently pressed flat against it. If you don’t use a lot of force, you won’t create a hole, but you will make a dent with cracked edges where jelly can seep through. The formation of the BIC is somewhat similar – the donut is the earth’s crust, the dent is the Transvaal Basin, and the jelly is sweet, sweet precious metals and minerals.

The BIC is made up of multiple reefs, including the Upper Group 2 (UG2) and the Merensky reefs. The reefs contain about 10 parts-per million of platinum group metals, and are estimated to contain about 90% of the world’s PGM reserves. All-in-all, nearly 80% of the world’s annual platinum production comes from these reefs. Whenever you handle some platinum jewelry or bullion, there’s a good chance it came from the Bushveld Igneous Complex.

The Role of Mercury in Gold Refining