The Mining Tech in the Mponeng Gold Mine

The Mponeng gold mine in South Africa is considered to be the deepest and most productive gold mine in the world. Miners descend between 2,800 and 3,400 meters to mine two reefs of gold ore. For context, the height of the Empire State building is only 443 meters. Being that deep underground creates a unique working environment, to say the least. Here is some of the mining technology and safety equipment used in Mponeng’s daily operations that you’re not likely to see anywhere else.

The Elevator – Even if miners live right next to Mponeng, they still have a long commute. It takes more than an hour to go from the surface to the bottom of the mine. The transport for the first leg of the journey is a massive three-story elevator with a 120 person capacity. An operator controls the decent in another building on the surface. Gradually, the elevator reaches speeds of up to around 46 feet per second – nearly half a mile per minute.

The Cooling System – Because of the geothermal gradient, the temperature of the mine increases the deeper one goes. In the deepest parts of Mponeng, the rock face is 140°F. In order to make the working condition more bearable, a plant on the surface pumps about 6,000 tons of salt and ice slush into underground reservoirs. Gigantic fans move air over the coolant and deeper into the mine, bringing the ambient temperature down to about 85°F.

The Safety Measures – Mponeng’s ultra-deep mining operations destabilize the surrounding rock, creating hundreds of seismic events each month. In a worst case scenario, the seismic activity can cause deadly cave-ins, rock bursts, and ground collapse. To reduce risk to the miners, tunnels are sprayed with steel fiber reinforced shotcrete (concrete sprayed from a high pressure hose) and covered with diamond-mesh netting. Seismic monitoring stations throughout the mine catch any activity, giving miners time to move away from a dangerous area. 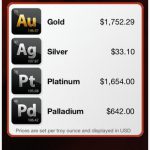 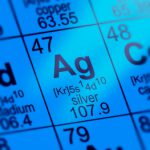