Since gold’s discovery, water has been a key tool in gold mining operations of all shapes and sizes. One of the best examples of this is gold panning – the oldest method of gold mining, which is still favored by individual prospectors and hobbyists. When a placer deposit of gold ore is found in a river bed, the gravel from the deposit is scooped up into a pan and carefully swirled around with water from the river. The swirling action of the water causes lighter particles, like sediment or non-precious minerals, to spill out of the pan. Meanwhile, heavier particles, like gold, remain in the center.

Just as in gold panning, other forms of mining use water to separate gold from undesirable materials. However, the methods of using water to do this vary considerably. Another ancient gold mining technique called “Hushing” is a great example. When prospectors could confirm that a hillside had veins of gold in it, they would build a massive reservoir at the top of the hill and use aqueducts to fill it with water. Once the reservoir was full, they would release all of the water at once to create an enormous wave that would erode the side of the mountain and reveal the veins of ore. As the veins were mined, they could fill the reservoir again to clear the veins of any dirt or rocks that had built up.

The Roman Empire found hushing to be particularly effective in their mining operations (after all, those solidus coins had to come from somewhere!). Hushing was also used during the California Gold Rush, where it evolved into hydraulic mining. In hydraulic mining, the basic principles are the same as hushing. Except instead of building a reservoir to contain the water, water-sources were diverted into high-pressure streams, then into canvass hoses that allowed miners to blast hillside gravel into large-scale sluice boxes.

Using water on an ever increasing scale lead to a lot of erosion problems in the Sacramento Valley, so such mining techniques are now heavily regulated, giving way for more popular chemical mining techniques. But, water is still great for small scale operations and gold panning. 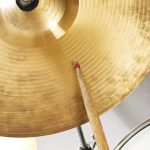