How the Earth Creates Mineable Gold 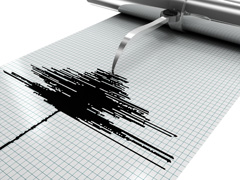 Gold is a nonrenewable resource, so most people don’t imagine gold deposits returning to an area once it’s all been mined. However, a recent scientific discovery suggests that gold deposits may really be able to replenish themselves over time.

About six miles underground, there are water flows that contain trace amounts of silica and gold. This water fills the voids and offshoots of major fault lines. When an earthquake occurs, the voids in the fault line open up. This sudden and extreme drop in pressure instantaneously vaporizes the water into steam, which blasts upward out of the void and into higher levels of the earth’s crust. Of course, those gold and silica particles go with it to form brand new quartz and gold deposits.

Even small earthquakes are capable of producing this phenomenon. It would explain why major fault lines, like those in Alaska and California, had such vast amounts of gold. However, don’t bother running out to the hills with a pitchfork and gold pan. These underground gold particles are few and far between – about one part per million. Even along highly active fault lines, it could take 100,000 years or more for minable deposits to form.

So yes, gold deposits can replenish themselves. Unfortunately, it won’t happen during our lifetime. 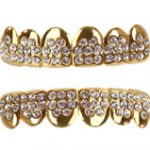