One could speculate and theorize the reasons for price fluctuations all day long by checking out our historical price charts for gold. Unfortunately, our charts only date back to our when our company was founded, in 1985. Of course, there have been historically significant price shifts before then – one of which was a scandal known as the Civil War Gold Hoax.

It all began right here in New York City in 1864. Two newspapers published a story that President Lincoln was issuing a proclamation to boost the ranks of the Union army by 400,000 men to fight in the Civil War. Although only two newspapers published this information, word spread quickly and the stock market reacted. From the public’s perception, the Union army’s need for such a large amount of new soldiers in such a short amount of time surely indicated that they were losing the Civil War. Investors rushed to protect their assets – the stock market took a hit and gold prices jumped by 10%.

It sounds like an average market fluctuation, except for one thing: the stories were completely false. Unfortunately, the government was not able to debunk the stories before the damage had already been done. President Lincoln was displeased to say the least and the fallout went down in history. In our next blog post, we’ll discuss the motives behind the Civil War Gold Hoax and reveal the mastermind culprit! 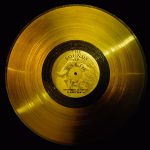