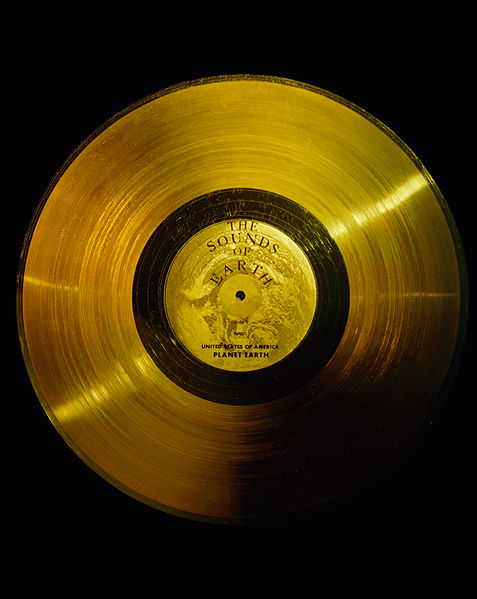 Gold is an important component in aerospace equipment and projects. Yet, it has also gone up into space for an entirely different purpose. In 1977, the world was abuzz with the Voyager Golden Records that were launched into space.

Aboard each Voyager spacecraft is a golden 12-inch record meant to educate any space-faring life form that may find it about the human race and the planet Earth. On the record are:

The records themselves are made of gold-plated copper and encased in an aluminum cover. The cover is also electroplated with an ultra-pure sample of the isotope uranium-238. This isotope has an extremely long half-life (4.51 billion years) which makes the record easy to date. Whoever (or whatever) finds the records just needs to measure the remaining uranium to determine the age of the record.

Of course, the records’ packaging includes pictorial instructions for playing and deciphering. Both records have already passed Pluto and are out of our solar system. It will be about 40,000 years before they pass any new stars. Because gold never corrodes, the records should still be in mint condition by that time.

Manhattan Gold & Silver Around the Web