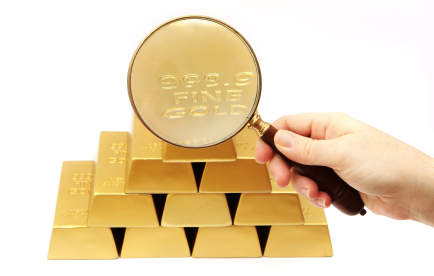 Back in September 2012, the whole Diamond District was in an uproar when counterfeit gold bars were discovered by a local gold buyer.

The 10 oz. bars were so expertly counterfeited, that it’s believed they must have been genuine at some point. They are perfectly stamped with PAMP’s logo (a reputable Swiss firm that manufactures gold bars), purity rating, and a valid serial number. They even come with authentic documentation. However, the bars are really just gold plated tungsten.

The bars are likely made from real PAMP bars that have been cut open, hollowed out, filled with tungsten slugs, and then carefully resealed. The layer of gold on the outside of the bar lets it pass a standard scratch test. Tungsten weighs nearly the same as gold and is nonmagnetic, so it passes scale and magnet tests too. The bars that were found even passed x-ray testing because the outside is so thick. X-ray analysis only analyzes the outside of items, not the inside. Really, the only surefire ways to detect these fakes is to drill into them, melt them, or use ultrasound.

This type of counterfeiting is truly expert-level. Many media outlets and metal professionals have speculated that the fakes are the work of a powerful international crime ring, given that similar bars were found in the UK a few months prior. The situation is still under investigation by the US Secret Service and FBI.

The gold market may have quieted down in the time since these fakes were discovered, but we urge our customers to use the utmost discretion in their gold purchases. Especially, when it comes to 10oz bars! 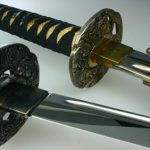