The Lost Treasure at the Treacherous Lake Toplitz: Part 2

The last time we wrote about Lake Toplitz, we speculated about the vast abundance of gold bullion and other treasures that could be lying at the bottom. Since the Nazis sank every bit of evidence of Operation Bernhard in the remote lake, there’s a good chance they followed suit with other valuables and evidence. But, if Operation Bernhard was one of the most secret Nazi operations in World War II, how did anyone prove it? They checked the lake bottom. However, that was not nearly as simple as it sounds.

CBS News hired a company called Ocean Engineering to scour the bottom of Lake Toplitz with a deep diving robot – the Phantom – in 2009.  Still, such advanced technology was stymied by the environment. First off, many Austrians still have a deep grudge against the atrocities of the Nazis. They don’t care for any reminders of that regime, even valuable ones. So the government, after much negotiation, gave the crew only 30 days to work at the lake – an incredibly small timetable. On top of that, the salvage team was constantly hampered by the lake’s environment. After 20 meters, the water of Lake Toplitz has no oxygen and cannot support life. This means the silt at the bottom is not secured by plants. If the Phantom got too close to the bottom, silt would swirl around the cameras and eliminate any visibility. If it was too high, it couldn’t make out what was at the bottom of the lake. Piloting became an extremely difficult task. Hundreds of fallen trees also made the search difficult. The boat and campsite were hit by hailstorms several times, and a bolt of lightning hit the Phantom’s navigation system, causing it to malfunction.

It seemed Lake Toplitz not only hid valuable treasures, it actively discouraged their rediscovery. However, the recovery team did not leave the Austrian Alps empty handed. Learn what they found in our next blog post! 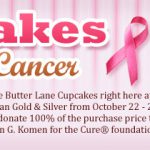