The Silverdale Hoard and the Return of Airdeconut

The village of Silverdale really earned its namesake when a large hoard of Viking silver was discovered. However, this silver hoard was no ordinary hoard (if you could call any treasure discovered “ordinary”).

Like most of England’s great treasure finds, the Silverdale Hoard was found with a metal detector. Darren Webster had received one from his wife for Christmas and he wanted to try it out before heading off to work one day. In theory, the field where he decided to look was not the best choice, as it had already been searched many times by other metal detectorists. However, it took about 20 minutes of searching before his metal detector went wild. After some digging, he turned up a lead casket overflowing with silver antiquities.

In all, the hoard contained 27 coins, 10 arm-rings, 2 finger-rings, 14 ingots, 6 brooch fragments, 1 fine wire braid and 141 fragments – which appeared to be chopped up arm-rings and ingots. These scraps were known as hacksilver, and were used as currency among the Vikings. Of all these treasures, just one single coin caught the attention of several archeologists and historians. It was stamped “AIRDECONUT DNS REX” Which would translate to “King Airdeconut” or more specifically “King Tough-Knot” (Vikings were known for names that evoked strength and battle prowess).

Airdeconut was, until the discovery of this coin, unrecorded. The Silverdale Hoard contained a piece of lost history and allows the memory of this lost Viking ruler to live on. 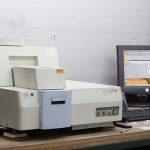 Assaying: How we give you a Fair Price

A New Tool for Gold Investors